4 Reasons You Should Consider Buying a Pop Top Caravan

Caravans have changed a lot over the years, and pop tops are one of the latest trends. Instead of using a solid, immovable roof, the roof of a pop top can be extended upwards at will, with canvas sides extending upwards to ensure that a full seal is maintained. Once a bit of a novelty, pop tops have become increasingly popular all across the world, and there are more than a few reasons why.

If you're looking to buy a new caravan, here are just four reasons why you should consider making it a pop top.

One of the most compelling reasons to pick a pop top caravan is that they generally weigh significantly less than standard models, and they should also come with a lower travelling profile since the roof will be dropped to its lowest position while towing. The reduced weight and improved aerodynamics mean that you won't be burning as much fuel while towing. If you're into long-distance touring, the improved fuel economy that comes with towing a pop top can really make a difference. As an added bonus, the fact that pop tops are less top heavy lowers their centre of gravity, improving handling.

Some caravans will be kept outside at all times, but many will be stored when not in use, especially in the winter. When the roof of a pop top is lowered, it can fit into garages that would be too low to take a regular caravan, so storage is a lot easier. You might even be able to keep your pop top in a home garage.

Most caravaning holidays take place in the summer months and see you venturing to warmer locations; it's far nicer to caravan along the Gold Coast in summer than it is to venture around Tasmania in the winter, after all. That's great, but caravans can become a little stuffy, even with all the windows open. However, most pop tops have mesh windows built into the ceiling, and you can open them when it's hot to let some of the heat out. These windows also let more light stream into the caravan, making it feel more open and inviting.

Finally, pop tops can obviously provide additional standing room. Taller people can find moving around in caravans a little claustrophobic if the ceiling is low, but pop tops allow you to take advantage of additional vertical space without having to buy a caravan that is taller all of the time.

Read in about 3 Minutes 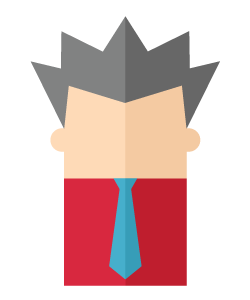 Welcome to my auto blog. My name is Freddie and autos are my thing, man. I've been playing with car engines since I was six years old so I know a thing or two. I taught myself everything there is to know about how to repair and restore caravans, cars, trucks and trailers. I have a day job at a burger joint to pay the bills but my real passion is hanging out with my bros in the garage. I like to help my friends and neighbours when they are looking to buy a new auto so I decided I would start a blog.